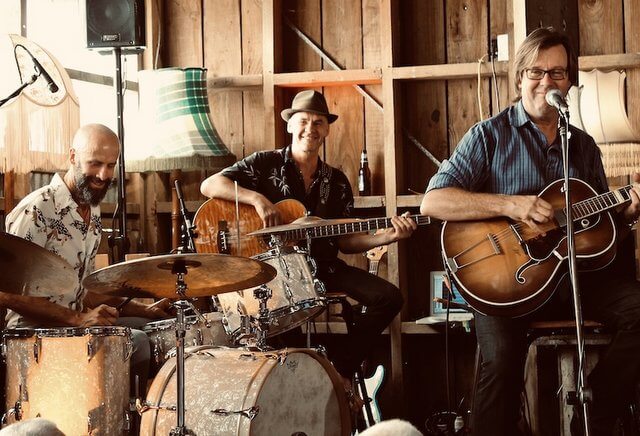 Named for an infamous Donald Trump quote reported on the day of their first official gig in early 2018, (and for the rustic nature of the first venue they played) the Stable Geniuses comprise several Kapiti-based musicians brought together at the instigation of bass player and Audiosuite studio owner Ross McDermott. Audiosuite sits next to an all-but-abandoned barn at the Lindale Complex just North of Paraparaumu, and McDermott saw an opportunity for a country-themed event to enliven the deserted barn.

A team was assembled including local guitarist Andrew London and drummer Brent McFarlane, and ‘guests’ including pianist Wayne Mason and harmonica player Neil Billington were recruited for a ‘Boogie in the Barnyard’ in January 2018. The event, and subsequent repeats, were sold out and the Stable Geniuses, like many Trump quotes, look like having a life of their own.