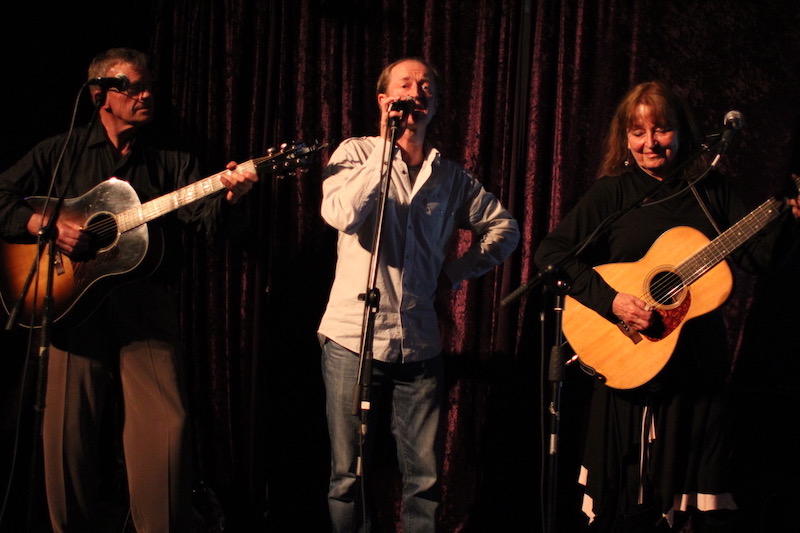 These long-standing devotees of blues music, Carol, Terry and Dave, will swap and turn-about their original tunes and their musical styles, either backing each other up or egging each other on. Dave’s take on finger-picking style blues, Terry’s blistering harp, and Carol’s guitar hooks and bluesy voice promise a night of variety and fun backed by; Richard Te One drums, Miklin Halstead bass, Deane Hunter guitar.

Terry Casey is an integral member of the Wellington blues scene. He fronts his own band and is the go-to blues harp player for many musicians including Darren Watson, Dougal Spier, and Dave Murphy. Terry’s original songs are rhythmic, hard hitting and often funny. He has almost enough songs for an album – watch this space.

Dave Murphy isn’t just a bluesman, a Piedmont picker, and vocalist, he also leans towards country ballads and has perfected the picking style of Chet Atkins. He is in a duo with Janet Muggeridge and plays in the Red Dog Saloon Bandwith Dougal Spier. Like Dave and Terry, Dave and Carol have performed together regularly. They were featured guests at the NZ Blues Festival in Rotorua where Dave opened for acclaimed American slide blues player Doug McLeod.

The blues is a music made by people who have struggled, have hard and true stories to tell and do so in a voice that is compelling. Dave Murphy, 40 years a journeyman on New Zealand’s blues highway, is one of those characters.Graham Reid

Carol Bean delivers some serious messages and is at her best when she errs to the gritty, personal blues. When the mood drops, she reveals another, more intimate, side. When she gets the band kicking you know she must shake walls in pubs and clubs. Graham Reid