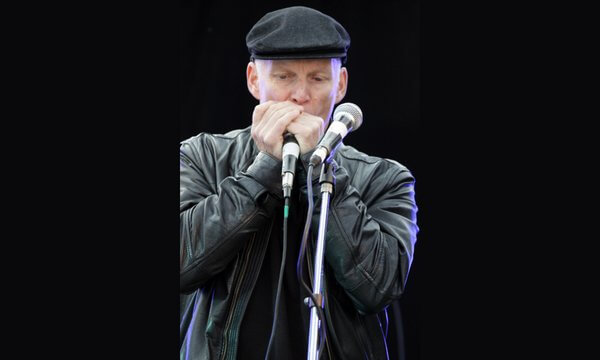 One of New Zealand’s foremost harmonica players, Neil Billington, will be returning to the Blues Club backed by the consummate skills of Deane Hunter on guitar, Ross McDermott on bass and Richard Te One on drums.

Neil covers a range of genres, from old-time pre-war blues through to the great Chicago blues harp masters, to the ballads of the American song-book and jazz standards of Charlie Parker and Miles Davis. He is equally at home whether playing in the ‘Chicago-style’ of Little Walter on the blues harp or reflecting the more sophisticated jazz sensibilities of Belgian jazz great, Jean ‘Toots’ Thielemans, on chromatic harmonica.

In 2016 Neil performed with Mike Garner at the ‘Live Magic’ blues festival in Tokyo, where he was invited to play with the lead act, slide-guitar legend Sonny Landreth, described by Eric Clapton as ‘one of the most advanced guitar players in the world’, and Neil will be featuring on Landreth’s official video, ‘Live in Tokyo’.

Neil made his fourth visit to Japan in 2017, where he played with some of their finest blues and jazz musicians, such as former Chicago-based guitarist Shun Kikuta, boogie pianist Rei “Ms Lee” Kanehira, and acoustic guitar virtuoso Yuji Hamaguchi. Neil was invited by the Hohner company, the world’s leading harmonica manufacturer, to be a guest star performer at the company’s Tokyo festival earler in 2018, where he demonstrated his skills on both the blues harp and the chromatic harmonica – a rare accolade

Deane Hunter is one of the most individual and inventive guitar players on the local and national scene, while Ross McDermott is a master of the electric bass, and Richard Te One on drums is a true “shuffle king”, holding together a rhythm section of unsurpassed feel and drive. Fasten your seat-belts for a night of high octane blues.