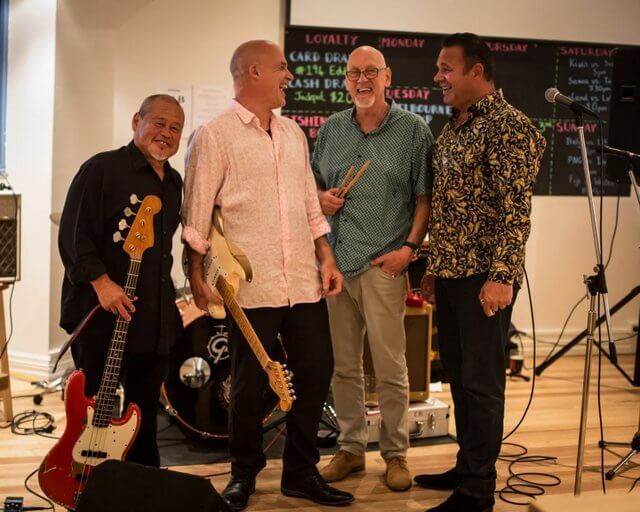 Formed in 2008 in Auckland, the Flaming Mudcats are now regarded to be one of New Zealand’s premier blues acts. They have taken their show to festivals and clubs throughout NZ, Australia, USA and the Pacific Islands. Their energetic live blues sets blend original material and covers drawn from their eclectic influences, a raw life potion of killer grooves, blazing licks and harp wizardry. Butt-shakin belters to soulful grinders with everything in between … welcome to the Flaming Mudcats show.

The band is fronted on vocals and harmonica by Craig Bracken with Doug Bygrave providing the six string firepower. Anchoring these two, is drummer Ian Thomson and “newbie” bassman Johnny Yu.  For bios – https://theflamingmudcats.com/meet-the-band/

With two highly-regarded albums of mostly original material, – 2011’s “Gave You What You Wanted” and 2013’s “Mistress”, these guys are just getting started.