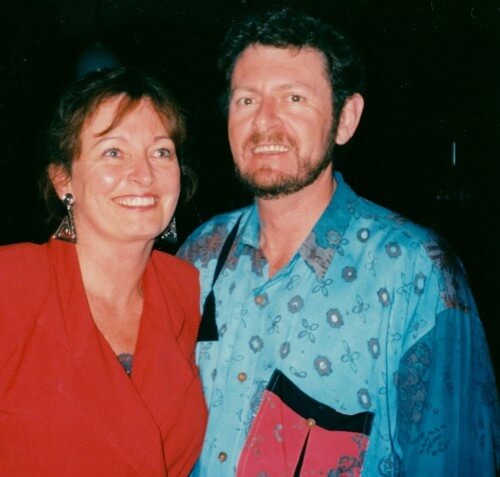 Lester Mundell was a member of the Wellington Blues Club and a harp player in his wife and musical partner Carol Bean’s band, Blue Highways. They played for Roomfulla Blues at the Bristol over a ten year period.

Lester’s day job was as a chief advisor to the Ministry of Health, he advised in the areas of disability legislation. He had four children; his son Finn and three step-daughters, Jyoti, Matreya and Mitra.

It wasn’t until Lester’s memorial service on June 6th that we discovered he’d learned to play harmonica from his musically gifted mother Dorothy. She was a pianist and a fine singer, a soprano trained by Sister Mary Leo. On the family summer holidays Dorothy would bring out her harmonica and entertain holiday makers on beaches near New Plymouth where the family grew up. She also taught Lester how to cook – another one of his passions. At high school Lester was in a Madrigal Choir and he enjoyed acting in school musicals. 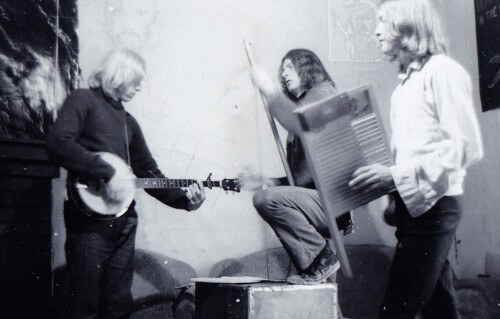 Lester’s first band was in Palmerston North in the late 60s. He played T-chest bass. The band was called The Anonymous Nipple and Stomach Trouble of 1968 Band. Their 2nd jug band was called The Nash Street Nooskie Band. They had a gig in Wellington once. They had one or two gigs in Palmy, but basically they just hung out and got into heaps of trouble and had fun listening and playing along to old blues and jug band albums.

At Lester’s memorial service, Rowan Peters (the guy playing banjo) arrived unexpectedly from Wales. He told the stories of those days, those infamous days of their enduring friendships and all the mad Goon Show, Furry Freak Brothers’ goings on. We laughed and we cried for Lester – a man who was gentle and loving and had great spirit and love of music. He will be sadly missed.

Lester died two years after a liver transplant. He’d had HepC since living at Nash Street, and he died of a sudden pneumonia on June 1st, 2015. May he Rest in Peace.